The journey so far…

Our development is coming along swiftly! Recently our team focused heavily on these aspects of the game:

Read on for a behind-the-scenes look!

We have implemented an alarm system. When activated, all enemies within the affected area go into high alert, making stealth or intricate kills rather difficult. This system not only creates a new aspect of gameplay, but also helps tremendously in world-building, immersion and the introduction of more difficult enemy varieties that only become activated when the alarm sounds! A cascade of consequences.

One such difficult enemy would be this hulking security bot we designed! Armed with two miniguns and positioned in key defensive areas, this robot will initially be in a deactivated state. 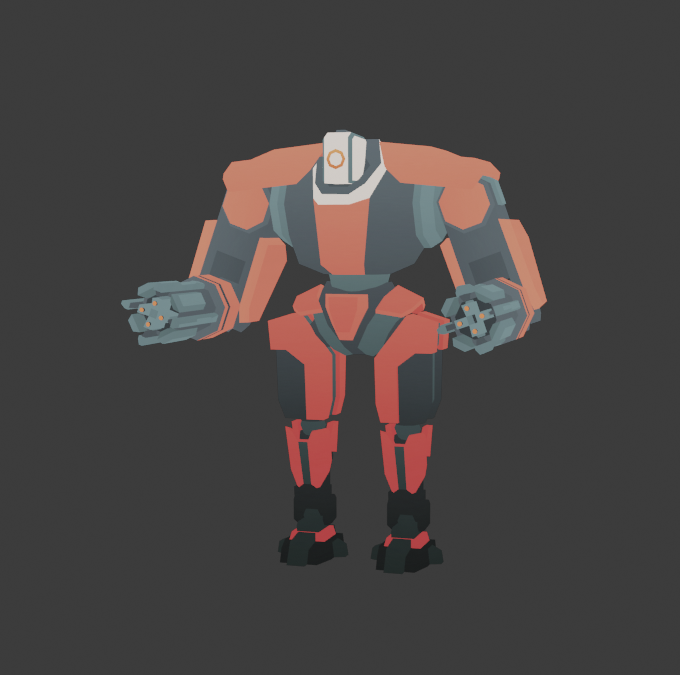 You could circumvent dealing with it by just not triggering the alarm, however then you may not get access to certain rooms which can only enter if the alarm is going off.

We have also been working on various drone enemies with unique behaviour patterns. Shield drones - will detect your presence and then activate their shield to protect nearby robots. 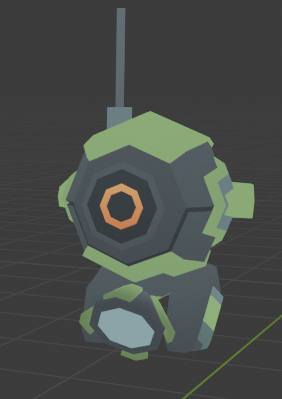 Attack drones - will hone in on you, shooting from the air. 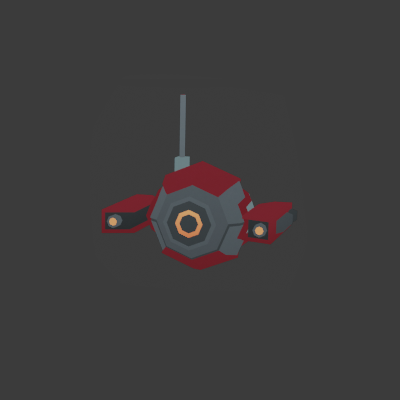 Healing drones - will go around repairing damaged enemies and machinery. 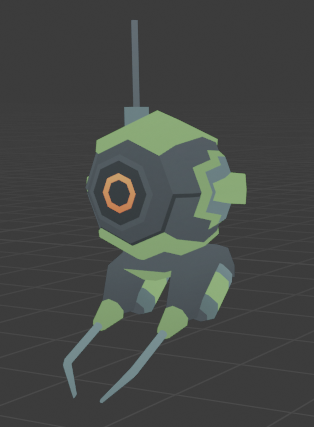 These enemy behaviours create another dimension in combat, where the player has to engage with small flying targets in areas with ample space. Our aim is to force the successful player to carefully balance their use of cover to deal with attacks coming from a wide range of angles.

The plan is to create environments which compliment the dynamic enemy AI in creating unique and memorable occurrences. For instance, we have created several new rooms that will make good use of these new alarm mechanics. It fits very well with control rooms and generally any industrial area which would need some level of security. 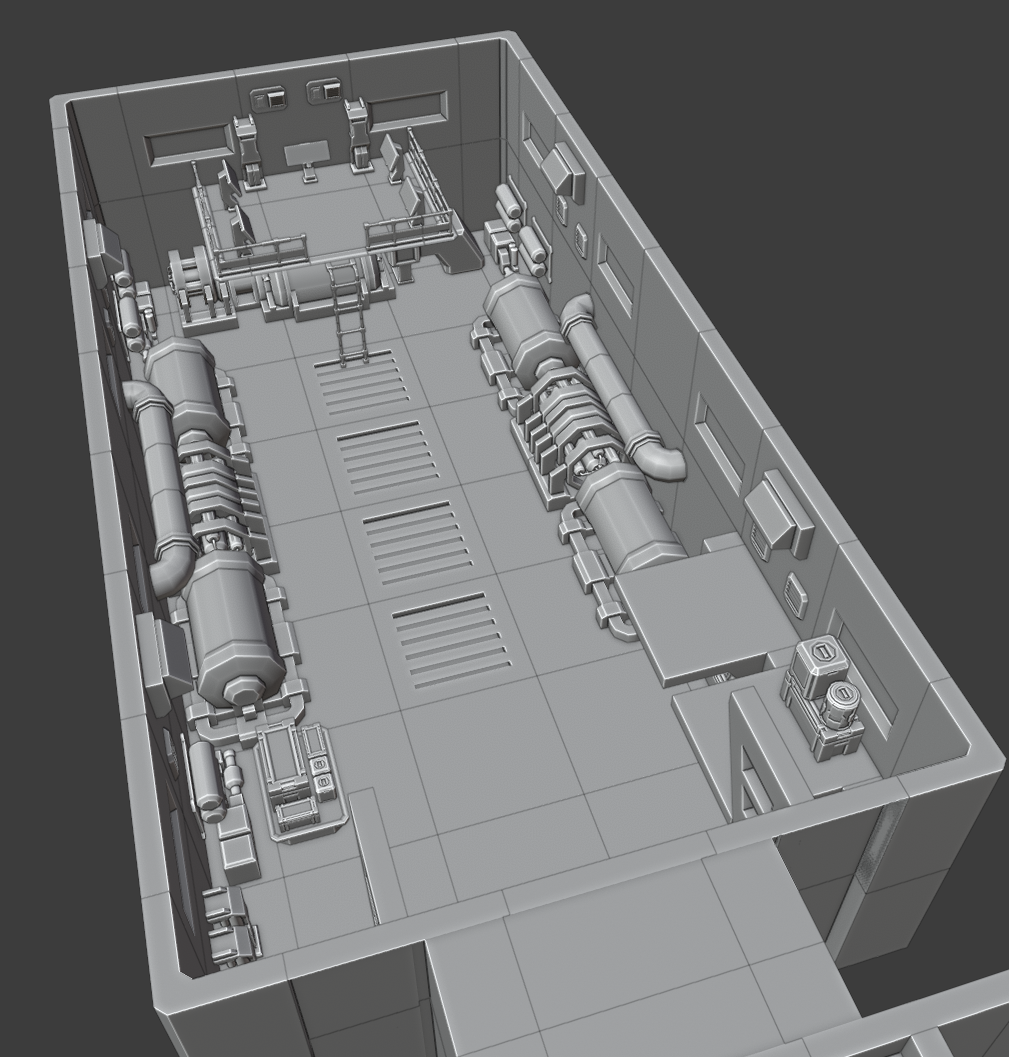 This control room could play an important role in how the player chooses to progress with the level, and will be heavily guarded. The bulky guard bots will be standing deactivated in the corners, activating if the alarm is triggered. In addition, spider bots and snipers could spawn either on the ground floor and on the platform, providing a considerable obstacle for the player. We are still working on fleshing out all of our environments, and great strides have been made with some of the industrial assets we can use for worldbuilding! 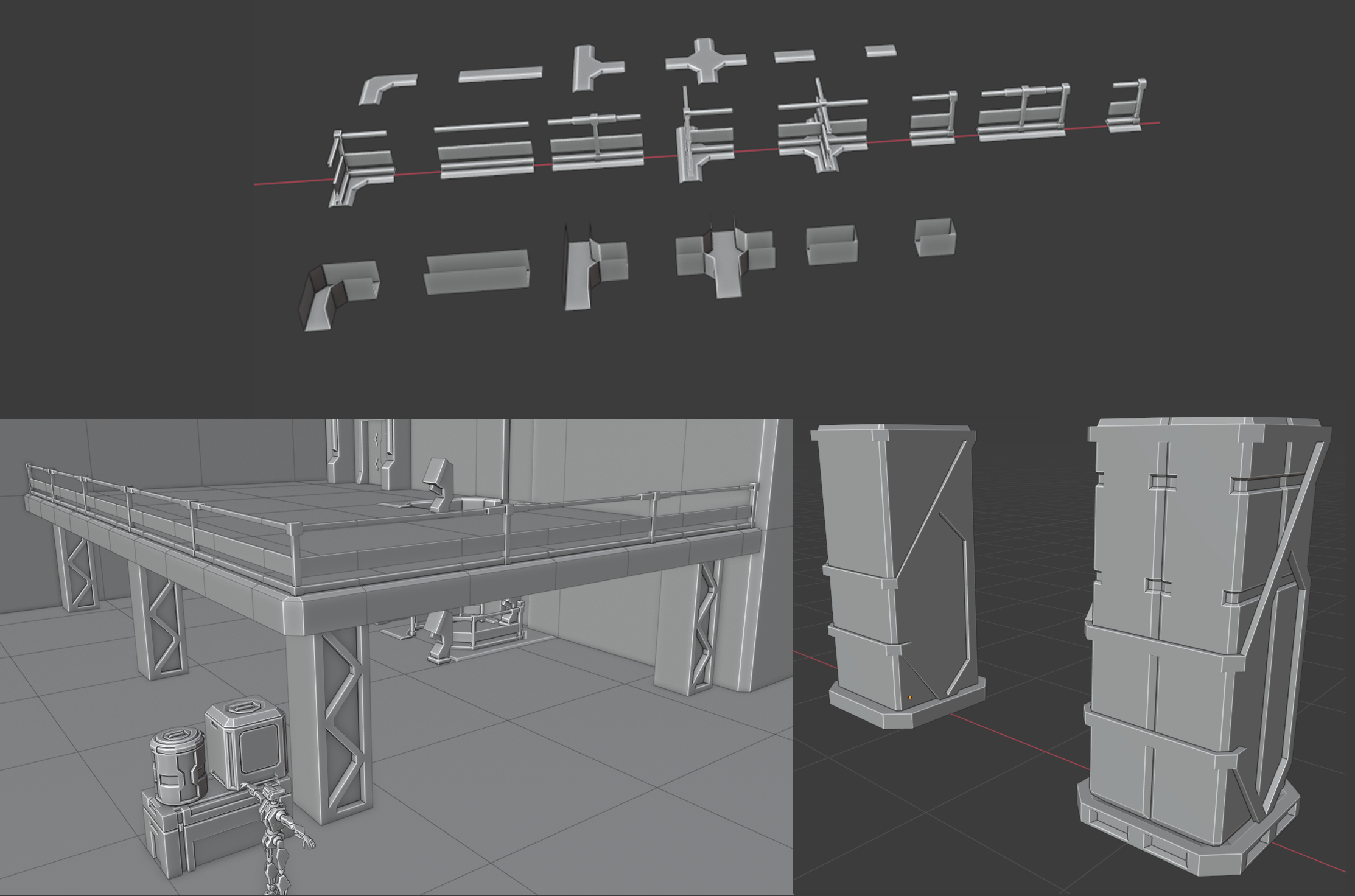 Stay tuned! This is just a small peak at some of the new elements we’ve been working on. We are looking forward to being able to share the progress in further posts! If you haven’t already, follow us on our Twitter and share our profile with anyone who might be interested in our studio and VR development in general. If you would like to chat directly with us, please drop by our Discord!