Thank you for all your support and feedback so far. It’s been incredible to read your reviews and hear your feedback and better understand how you play the game and want to play it.

Your feedback is invaluable to helping us improve the game.

We’ve been working on various new features to improve the balance of the game (powerups!), improve the controls (better tank and plane controls, more instructions), fixing a lot of bugs related to the different game modes. Stability is much improved (but there’s still more to do).

We went into a lot more detail in the Beta notes for this update.

Turning Off The AI

One of the biggest requests on the forums is the ability to turn off the AI => that’s now in too! We added AI Bots and the new Powerups as Multiplayer options you can toggle off/on. This is an example of something that is relatively easy to implement (well…it revealed some other issues we then had to fix, but for the better) but was nowhere on our radar as a task, simply because we didn’t think of it. People requested it, it seems sensible, so it’s in the next update of the game!

Finally, we also did our first tests towards dramatically improving the look of the game. For us, this is again something really important we want to work on, but has had to take a back seat to improving the core game experience. It doesn’t mean we are not thinking about the look, and planning for it. We are laying the ground work for future changes which we think are going to be quite awesome both visually and content wise. We can’t wait to share these with you.

In the meantime you can try out our new shader stack with a toggle in the Settings screen. 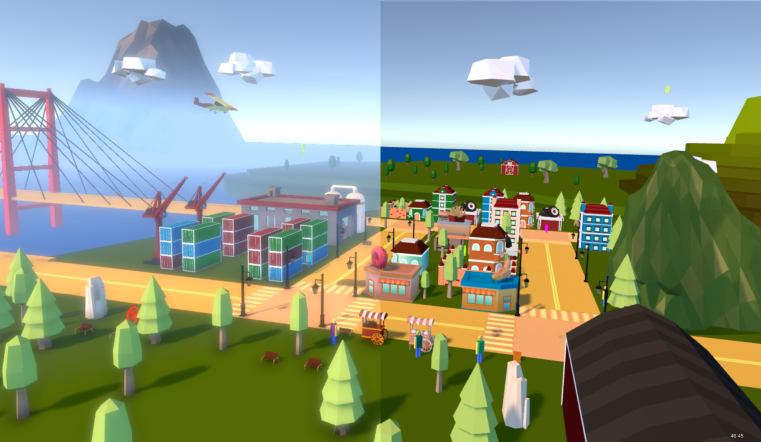