Today we are super excited to announce the 1.0 release of Late For Work and our exit from Early Access. After 23 months and 13 major updates, we are proud to release the biggest update to Late For Work yet. We also want to share our plans for the future, for Late For Work and for our next VR games but first let’s go over what’s in our 1.0 release!

Our 1.0 update is focused first and foremost on providing a stable and polished core experience. We invested a lot of effort testing the game and fixing bugs. Most (all?) of the recent player-spawning weirdness from the last updates are gone now. We’ve also fixed a number of other annoyances, please see the full changelist at the bottom for details.

We’ve improved and polished the UI in every game mode to better convey the score and relevant information for each game. We also updated all the visual UI assets.

We spent time going over each map. The town and seaport maps have been pretty good and balanced for a while but the valley and the snow map needed some love. Both maps are more fleshed out, with a bigger play area, more content, and more places to hide and explore. We also did a full visual color grading pass on the game.

We added another whole new game mode! Finally, the gorilla has been cut down to size and the tables have been turned. The now normal-sized gorilla has to evade capture from the mad scientists (non-VR players), who are hunting the gorilla and trying to capture the gorilla in their special oversized nets. Slam down your net and secure the gorilla to win. We call this beautiful game mode… Ape Escape!

The gorilla has a body, finally! We’ve also redone the model to be more…gorilla-esque and consistent with the overall art style. The new gorilla chest is also a hit box and more easily hit from plane and tank shots. It also makes it much easier to spot the gorilla from a distance. We also experimented with a dynamic chest inclining algorithm. We think it works pretty well, we hope you like it too. 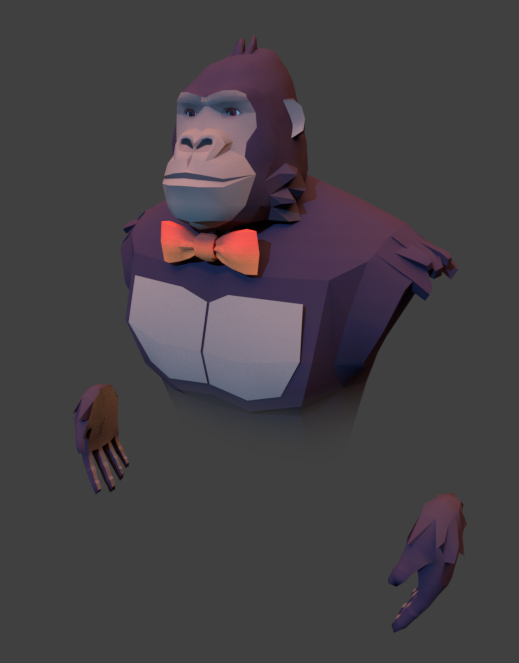 With this 1.0 release, we will scale down our efforts on Late For Work. While there are tons of ideas we would still love to implement, we have decided to focus on new VR games projects to have a better shot at supporting ourselves financially. Late For Work has been an incredibly fun project to work on, but unfortunately it’s not very financially viable.

We will be monitoring feedback on the game and we will of course fix any annoying bugs but please don’t expect major new content for the game (unless the sales numbers drastically spike or say, this post gets 500 upvotes or maybe we get to a hundred reviews? That would really motivate us).

In the meantime, we have started working on a new game called GrowRilla and it would mean a lot to us if you add it to your wishlist. For all of you who own a copy of Late For Work, we’re working on setting up an exclusive discount on GrowRilla as a small thank you for your support of our studio.

Stay tuned in the coming days for another update where we dig a bit more into our plans for the future, discussing our sales numbers and why we’re moving on from Late For Work.

How To Support Us

If you’re reading this far it means you’ve probably bought one of our games and enjoy it, so first of all: thank you, we can’t really ask you for more. But if you want to help us keep making fun VR games, then the best ways to support us are:

Thank you as always. It’s been a fun ride.