We are back with another big content Update for Late For Work. Just in time for the spooooookiest time of the year. This is actually one of our biggest updates yet, a lot has changed under the hood. Let’s dive in!

Everything is new! Well not quite everything but we’ve finally been working with professional artists to not only set a clear direction but rebuild all our 3d models and texture to fit with the overall 50s low-poly style we are aiming for. Improvements includes: 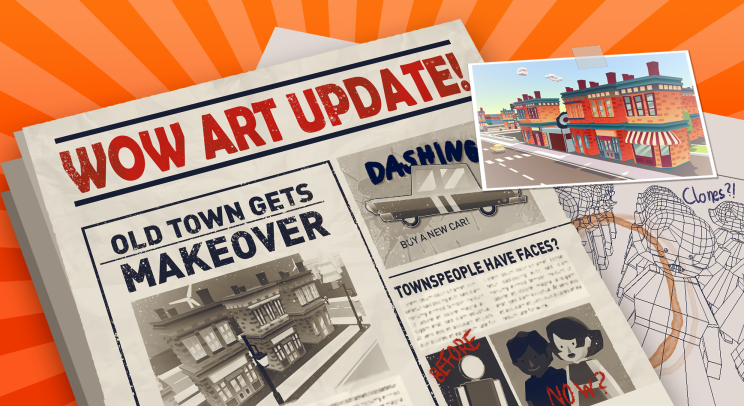 and much more. We updated the look of almost every object in the game and can honestly say that we love the new look of the game. We hope you do too.

We also streamlined our pipeline and processes for updating our art assets, so expect further visual improvements over the next few updates. 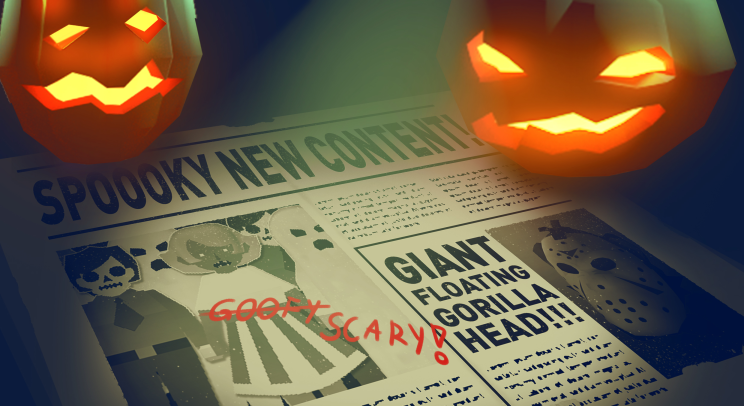 It’s the spookiest time of the year and we couldn’t help but have a little bit of fun with it. We’ve implemented a bunch of truly horrifying Halloween content. We’ve added spooky lighting. We’ve messed the humans and zombified / vampirified / mummified / skeletonified them. We’ve also scattered a bunch of jack o’ lanterns and other special items across the game. The gorilla dressed up for the occasion and witches may or may not abduct some cows.

These features will be around for the whole scary season, just like our Christmas special. We hope they won’t spook you too much. 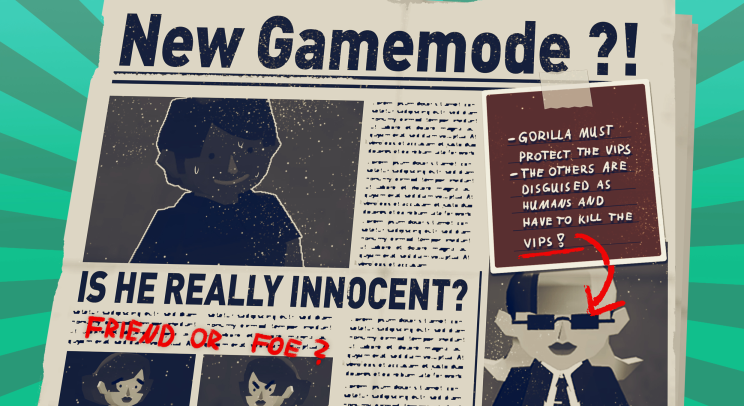 Adding a new game mode was on our wishlist for this Update. Our latest addition to the roster is “Bodyguard” (in a nod to our favorite Kevin Costner movie). The flat players take control of regular-looking humans and have to kill a handful of VIPs that the gorilla in turn is trying to protect. It’s their job to blend into the crowd and assassinate the VIPs without detection, while the gorilla has to keep a close eye on the targets to identify who is friend and who is foe.

This game mode idea originated directly from conversations with fans on our Discord. Thank you to @Pontus for some great feedback. We hope you’ll also join our Discord and help us make the best possible VR party game.

We’ve tested this game mode in-house for a while and found it to be very fun. It still needs some balancing, especially for very high or very low player numbers, but it is quite enjoyable. Let us know what you think! We’ve got lots of little ideas on how to enhance it, little modifiers like smoke bombs or one-time weapons but we want to hear from you.

And that concludes our Halloween Update. We’d love to hear your opinion on the game and the new changes. To reach us directly and get special insider infos on upcoming updates, make sure to join our Discord.