It’s finally time! After 10 months and 5 massive updates, GrowRilla is finally releasing it’s 1.0 update. Working on the game has been a lot of fun and allowed us to try out many new things we wanted to implement in a singleplayer VR roguelite game. We want to say a big “thank you” to all of our loyal fans, who encouraged and supported us throughout this time. Without much further ado, here are the big additions we’ve added to GrowRilla for the 1.0 update:

Not only can you play through the regular GrowRilla islands (renamed to “free mode”), but we’ve also introduced a brand new campaign mode. How far can you make it through a barrage of challenging island with only one life? The islands are, as per usual, randomly generated and now come with a variety of goals to accomplish. From disabling military recruitment campaigns, to getting rid of nuclear bombs, all the way to the final boss in his snow covered fortress (hint: it’s an enemy you’ve encountered many times so far, but with a new, much more menacing body). 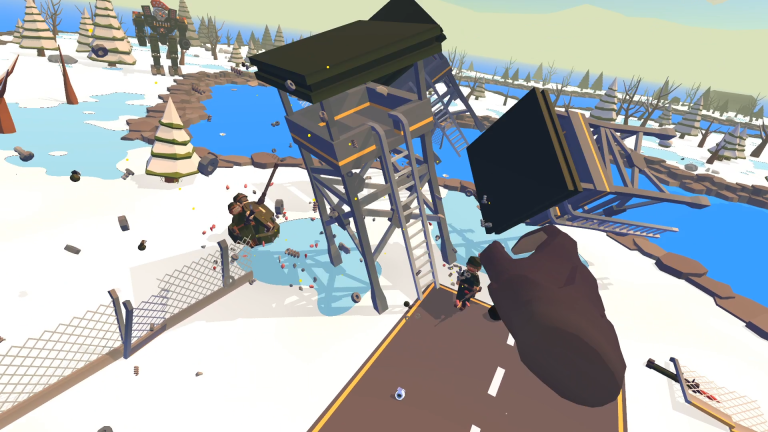 With the campaign, we’ve also released a completely redesigned new island type: the desert island. Just like the snow island, it’s a harsh environment which will make surviving and growing big even tougher. It also has a variety of new enemies and secrets to discover. We’ve also experimented quite a bit more with vertical structures. The desert map can only be encountered in the campaign, so make sure to give it a try. 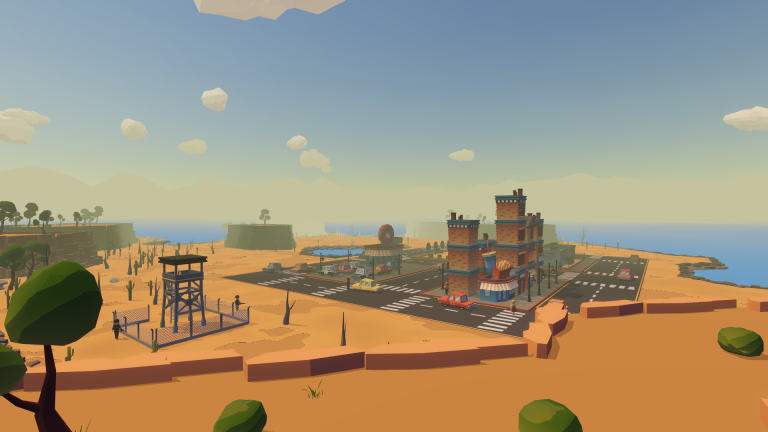 Along with the desert map, we’ve redesigned some of the other maps to add new variations as well as some new Points of Interests (some of which you can only discover in the campaign). These range from simple Stonehenge formations all the way to nuclear power plants. 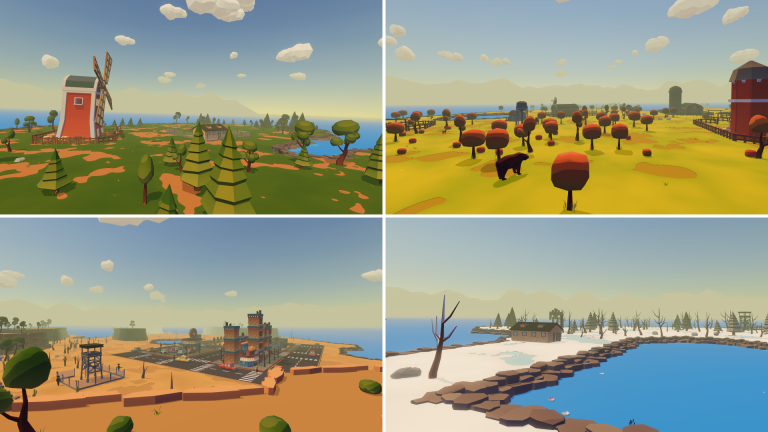 Additionally we’ve completely reworked the in-game menu. This has been a sore point for a long time, but until now we we’ve focused on the gameplay. It wouldn’t be an 1.0 release without a proper menu. The new menu features a slick, high-tech computer monitor straight from the sixties! With new icons, new options and many Quality-of-Life improvements. We hope you’ll enjoy it! 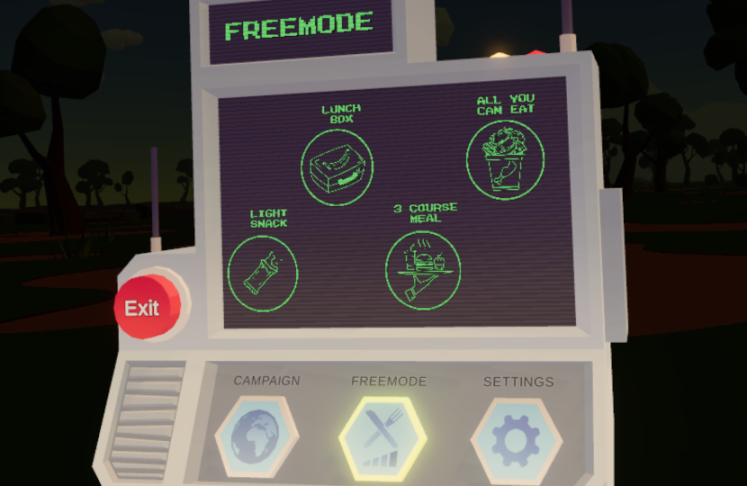 Also part of the update is new support for LIV. LIV is a tool that lets you easily record and stream your VR experiences (with mixed reality support). You can now use LIV to record yourself playing GrowRilla and even insert yourself into the game. We’re also now listed on the officially supported list of games. We’ve also added a way to quickly toggle your GrowRilla avatar’s visibility. Simply press the J key to toggle it between visible and invisible. If you stream the game, please make sure to let us know, we’re always excited to see what funny things you come up with.

GrowRilla has been an incredible learning experience for us. Compared to Late For Work, it’s a huge step forward, not just in terms of performance but also for gameplay and usability. Everything feels more intuitive and we’ve built up a sophisticated pipeline and VR toolset.

With this 1.0 release, we are going to take a step back and watch how it’s received by the community. We’ve got a few other projects brewing in the background and can’t wait to share them with you. Make sure to join our discord to stay updated.