Welcome to another wonderful content update for GrowRilla (Update 4 if you’re keeping track at home). This update is partially inspired by some fun back-and-forths we’ve had with ProjectJamesify, the awesome YouTuber who has been putting together some really fun videos of GrowRilla the last few weeks.

It’s clear to us that players want to see more content, so that’s what we’re focusing our efforts on. We’re also introducing a brand new system of power-ups to the game. But first let’s go over the new content, let’s dive in:

We implemented a new spider den based on the first appearance of the spiders in the Halloween update. We’ve added 4 different variations with small spiders, larger ones and even some infected humans. Scary! Halloween is not just a one-time event, it’s a state of mind. 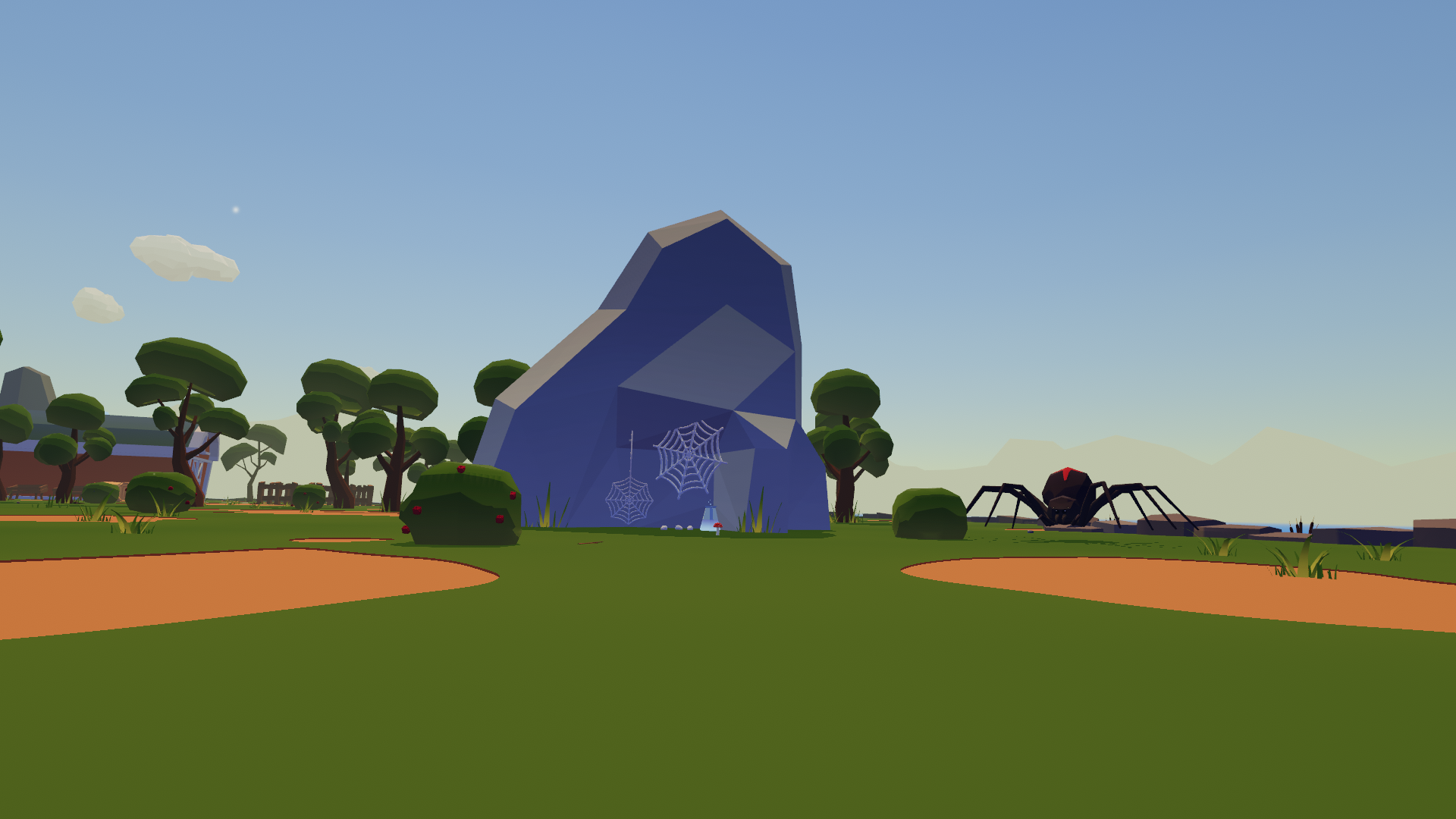 These spider dens will also include some new rewards in the form of the aforementioned power-ups, so it will be worthwhile taking them on.

The farms are a fun and useful location in the early game. Players tend to encounter them often so we’ve worked on making them more varied and unique from map to map. We’ve added:

We’ve built a system of power-ups for the game! We’ve wanted to add this a long time ago, but it kept getting delayed to focus on the core mechanics. These powerups add a whole new dimension to the game. The game feels a lot more dynamic. For this update, we’ve added four power-ups (embodied as flasks that you collect and drink): 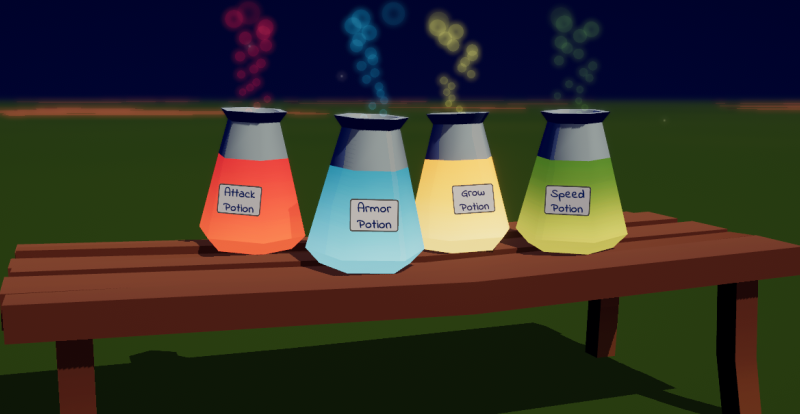 These flasks can be found scattered around the map in challenging locations. They give you a new incentive to explore some of the areas we’ve crafted or risk entering the military base.

Please let us know what you think! This is the first iteration of the system and it will definitely be improved and iterated on. Expect more power-ups in future updates. We’re also planning to integrate the flasks to our XP content unlock system (or perhaps a different meta system).

The military has also expanded its arsenal with this update. You can now encounter helicopters (both in the generals base, as well as a new unique helicopter base) and also new rocket launcher soldiers. They will make regular groups of soldiers more threatening with their additional firepower. If you manage to defeat one you can also pick up their rocket launcher and wreak some havoc even at a small size. 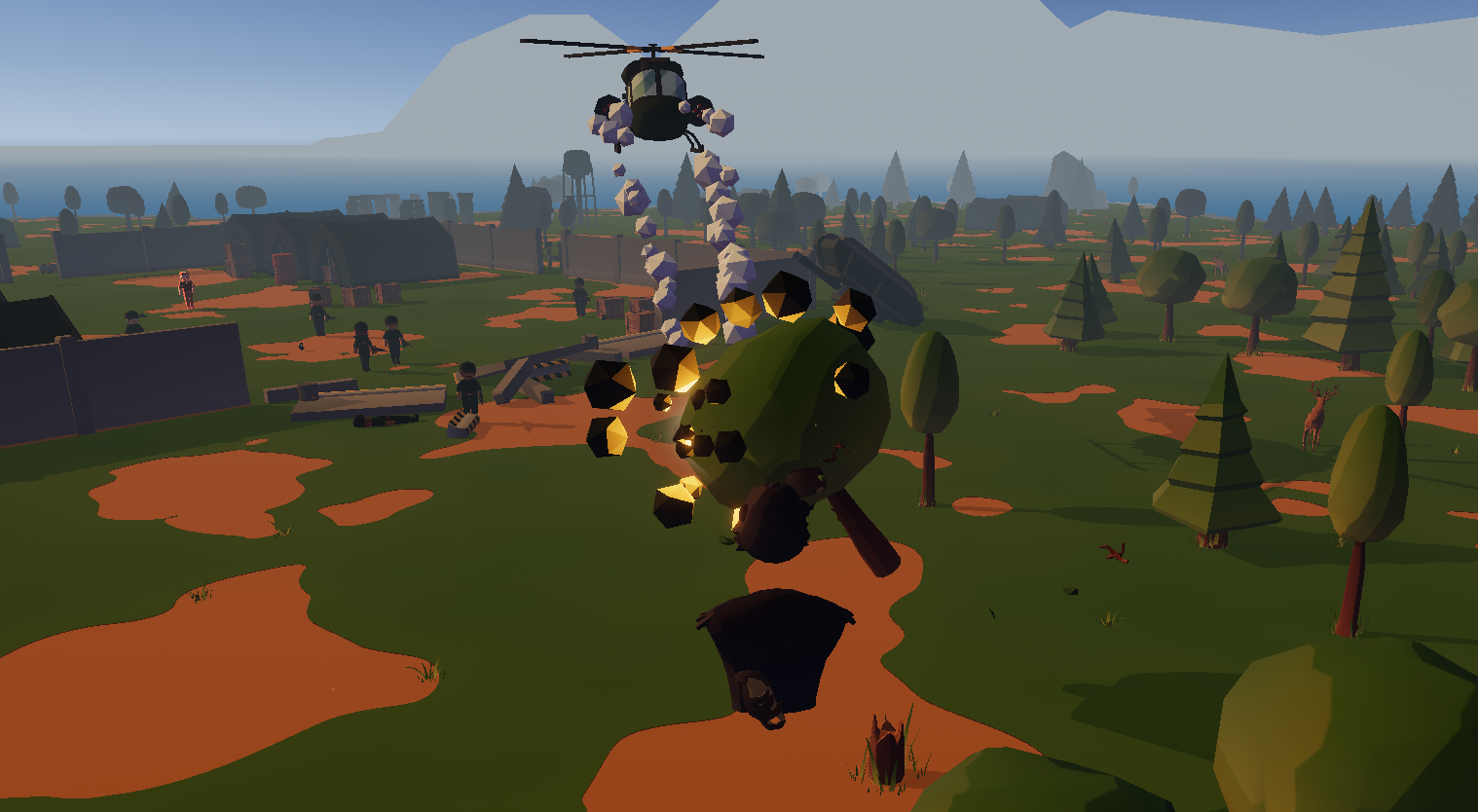 We’ve also added one over-the-top secret weapon, can you guess which one? We’ll give you one hint: “I am become death, the destroyer of worlds”. Happy hunting!

Just a quick note here, but we’ve also improved the loading system. The maps should now loader faster. You should also experiencen a lot less lag when you press the start button (when the final objects are being initialized).

We have a few other topics we’re working on that we’re not quite ready to roll out. One of them is a whole new campaign from scratch. This campaign is much more ambitious then the existing progression and we can’t wait to share more details. We’re planning a procedurally-generated campaign featuring a series of goals across multiple maps, which each map feeling more unique and different to the other ones. 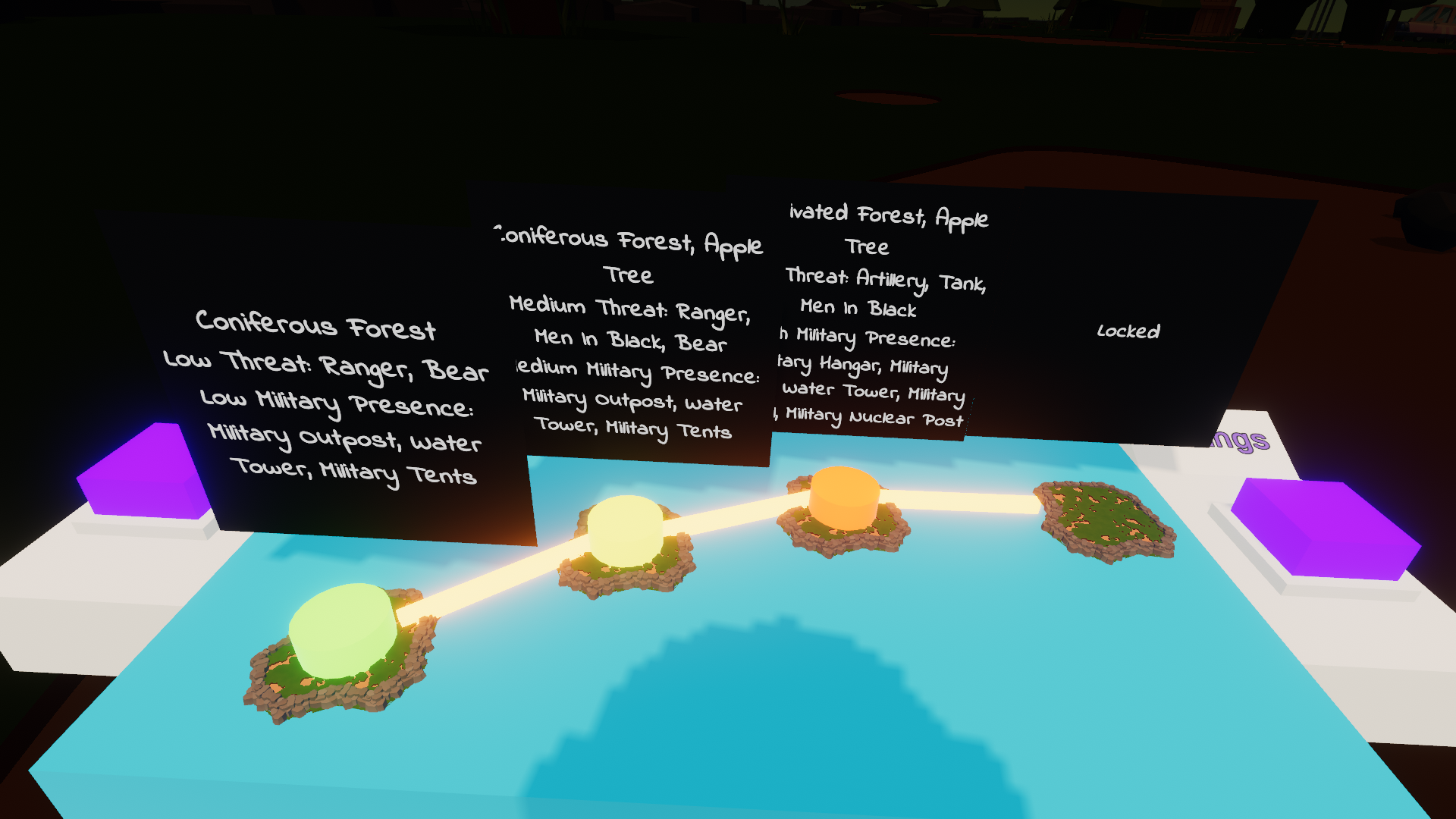 We’re also continuing to work on new content including new environments and biomes for the islands. We can’t wait to finish these and share them with you.

We rely on your feedback and your support to continue developing GrowRilla. We’re a small indie with limited resources, so every review, every recommendation has an out-sized impact on your game. If you enjoy GrowRilla and haven’t left a review yet, we kindly ask you to leave a short note in the reviews, for us, and to help other players discover our games.

Thank you for all your support.