We’ve also spent the past two weeks watching and reading your feedback and absorbing the reception to the game. Two things are clear to us: the game is fun and you want more content.

We built a small city for you to explore. It’s first unlocked in the 2nd map, but bigger versions of the city appear from the 3rd map on. We’ve been working on this content for a while, it includes new buildings, vehicles, NPCs, food and opportunities for a gorilla to cause mischief. We haven’t even managed to include all the content we wanted to in this update so expect further updates to the city over the next few weeks as we polish, add new content and balance the gameplay.

The city offers a new challenge. The content is a lot more concentrated and it’s full of goodies but the threat level is also much higher for you as a gorilla. Many more eyes to spot your misdeeds. 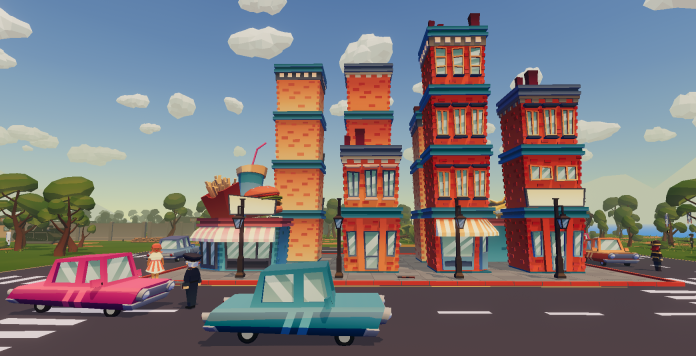 The city will offer some additional goodies, mainly for when you are smaller. However the police officers won’t take kindly to you stealing the residents food. 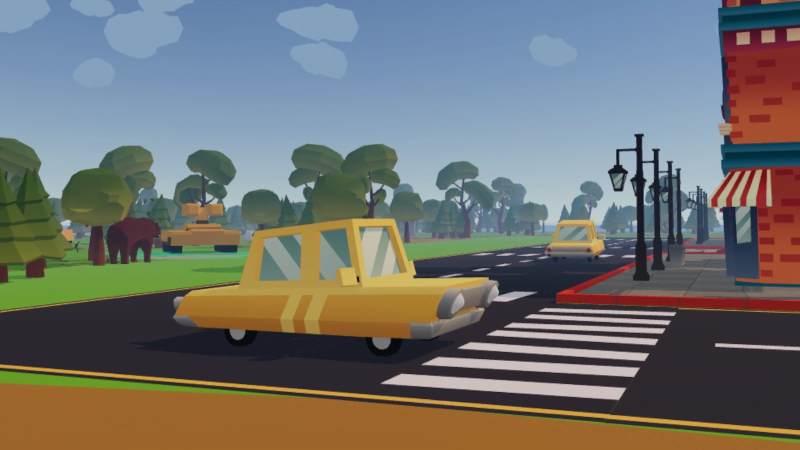 Just look at those dashing cars! You can even use them as bombs if you’re big enough. 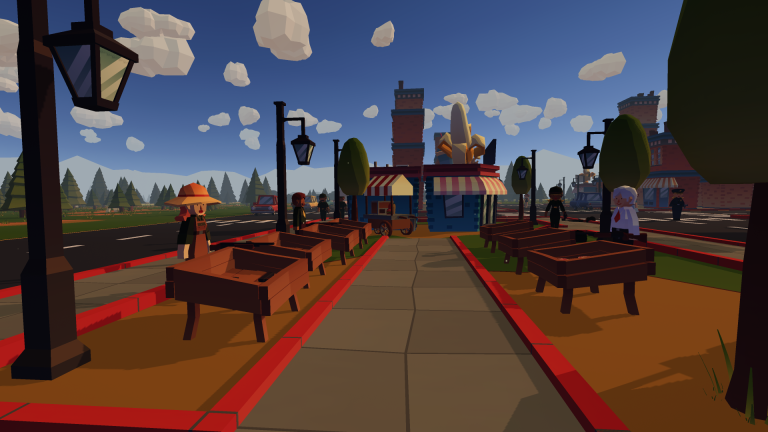 The market is a great way to pick up food and weapons. Just make sure the sellers don’t see you stealing their wares. 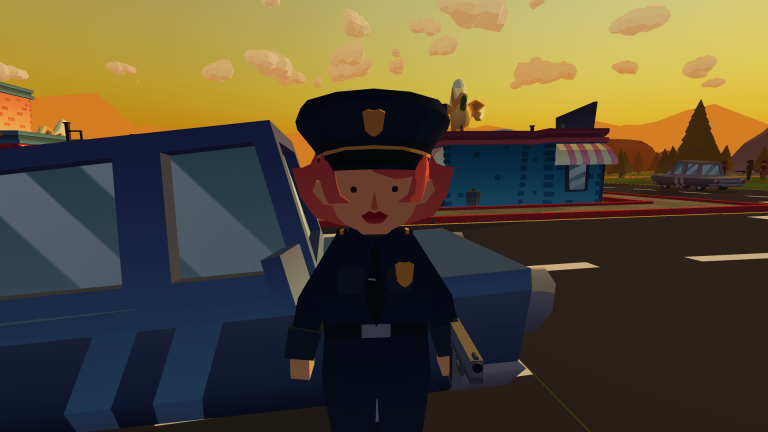 The local police will also do their best to stop any rabble rousing gorillas.

Finally, we have a variety of city blocks for you to unlock as you gain XP. 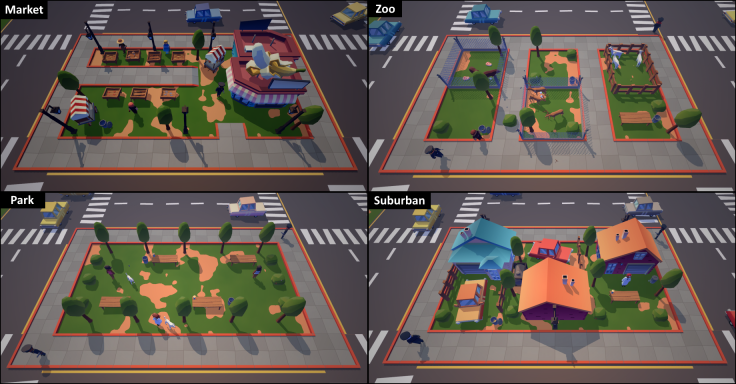 Some of you absolutely flew through the game’s three maps. We’ve just added a 4th map which should present a tougher challenge to the more advanced player. It includes new enemies and a tougher military base.

We have also given a lot of thoughts on the overall progression of the game. Early Access is a great opportunity to receive feedback and improve these systems. You can expect to see more maps as we continue to improve our progression and mission systems.

We have been fixing bugs and addressing the most glaring balancing issues in this first update. You can expect further improvements to all the core systems over the coming months. For now, we’re disabling the ability to pick up the largest indestructible objects (like the barn roofs). Down the line we want to implement a general “durability” system so that no object becomes an invincible sword of destruction and death.

We added some new super tanks (in the 4th map) that should present a bigger challenge.

Thank you for your early support and feedback. As always, we really appreciate if you would leave us a review on the game, it helps so much.

We are hard at work on GrowRilla and you can expect further major updates, including: