Our game currently features 7 worlds and we try to give each of these worlds a unique look and feel. Whereas some world practically programmed and designed themselves, we struggled early on with the third world.

With a lot of focus and effort, it’s become one of the biggest worlds and we are quite proud of the results.

We wanted to create a building that felt ancient, abandoned. This lost place, inhabited now by all sorts of dangerous creatures. At the same time, some levels should not feel inhabited at all, and you sneak through traps placed centuries ago. Our recent Film Noir trailer features quite a bit of this world. 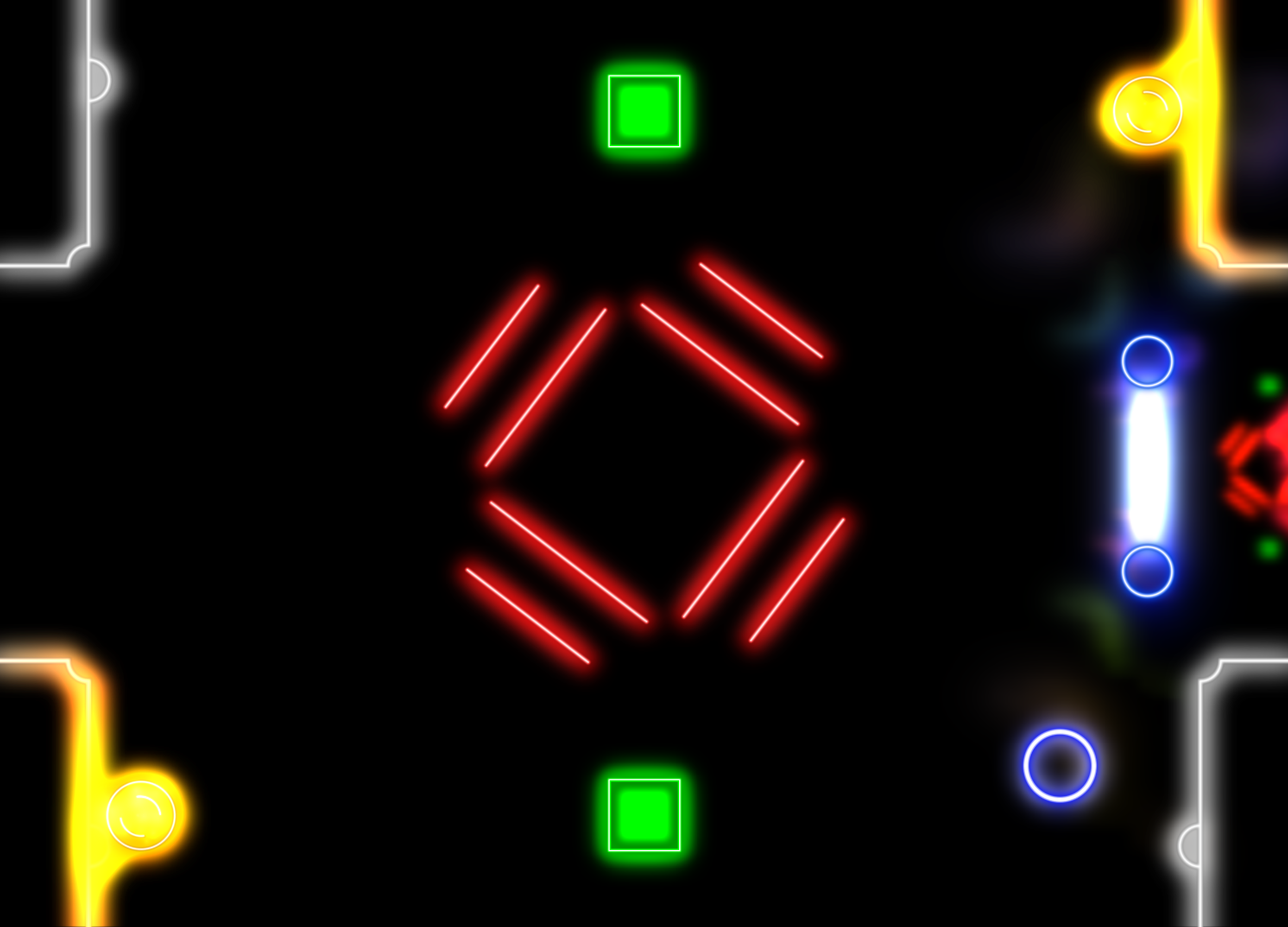 We started focusing on killing walls that moved in tricky ways, with a combination of switches that turn the movement on and off. While exploring these options we fell in love with the laser turret, though, on which we worked obsessively. It is one of the nicest features in my opinion now. And they just look so cool in action.

The lasers add a new complexity as you can hide from them behind walls or even the temporary blast shield of exploding mines.

We are still iterating on other objects that do not yet work so well. We added some props without function, just to emphasize the mystical feeling. We have a burning flame pot and colored shrines which the enemies worship. Due to the minimalist nature, players tend to expect a feature, a behavior, a reaction from these objects.

We placed some of these objects behind walls which helps but this is a really tricky part. Maybe we will never get all players to understand this in this very abstract art style. Check the image below, do you see a fire pot in it? Anything else? Something you can collect? You don’t have to feel bad if you see nothing in it. 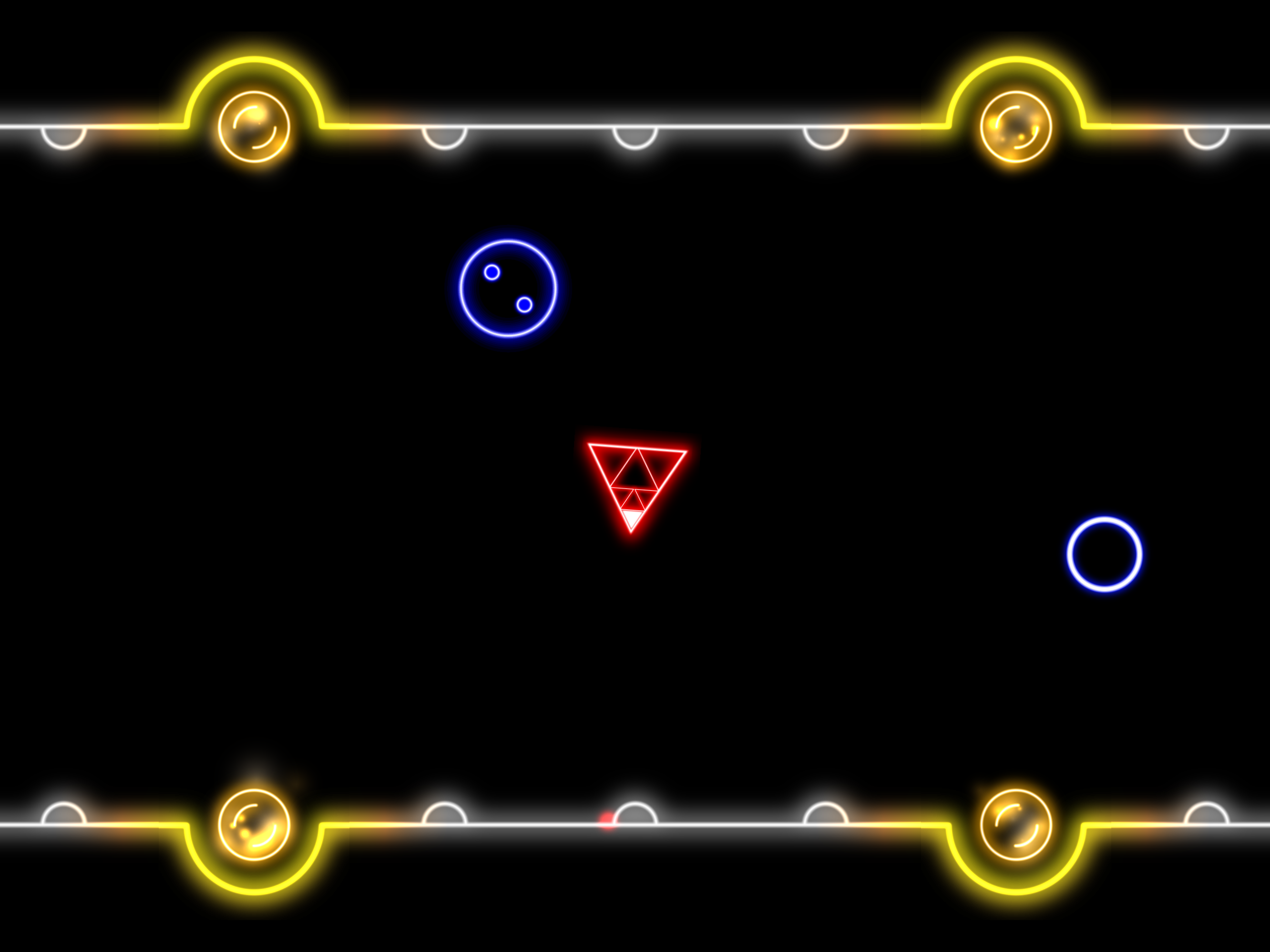 World 3 has gone from a big question mark world to a focal point of the first arc of the game. It’s where we really start having fun with some of our favorite levels. We go a bit wild with the vibrant palette of primary colors. It’s also the first time we get a chance to add a bit of history to this universe the player is exploring. And quite a bit more we’ll let you discover on your own when the game is out January 12th.

It’s the gateway to the second half of the game, where we really let loose with the rest of our ideas for the game.